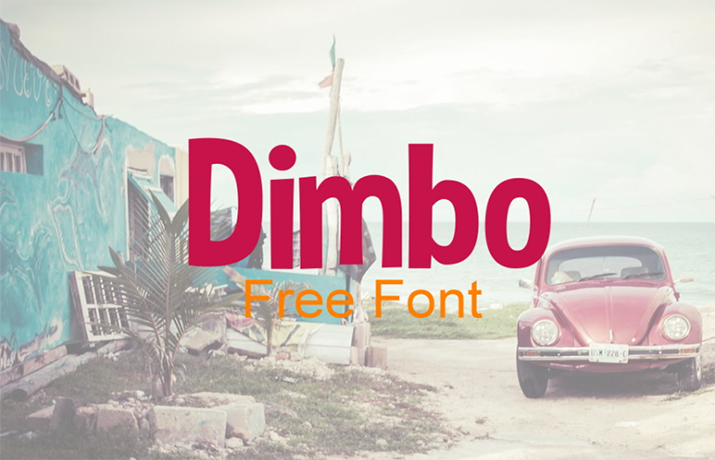 Dimbo Font is a fancy cartoon font with two variants. This fun friendly design can be used for long texts and the letters are clean enough.

A Philippines font designer Jayvee D. Enaguas took the charge for designing it and releasing it for the first time in 2009.

It has all the basic and advanced features that a font family needs to design. And let me assure you, this super cool font will work for you in a modern friendly way.

You can notice that Its structure is sans serif but to make it, the design for the fancy category has been changed inside. This appearance makes it look like a cartoon character.

Don’t forget to try this because this sans-serif font would work well in any comic book.

You can use this font with other cartoon typefaces like Bangers Font by Vernon Adams and JF Rock Solid Font by Jester Font Studio.

It has come in two styles including Regular and Italic. Both weights have 278 characters along with 2048 units per em. Moreover, they possess Truetype features.

100% free this font, we are providing at Fonty Font, then just click on a single download button below and get it into your system.

And if you want some more comic typefaces then you can see below. These fonts are totally free for personal as well as commercial tasks.